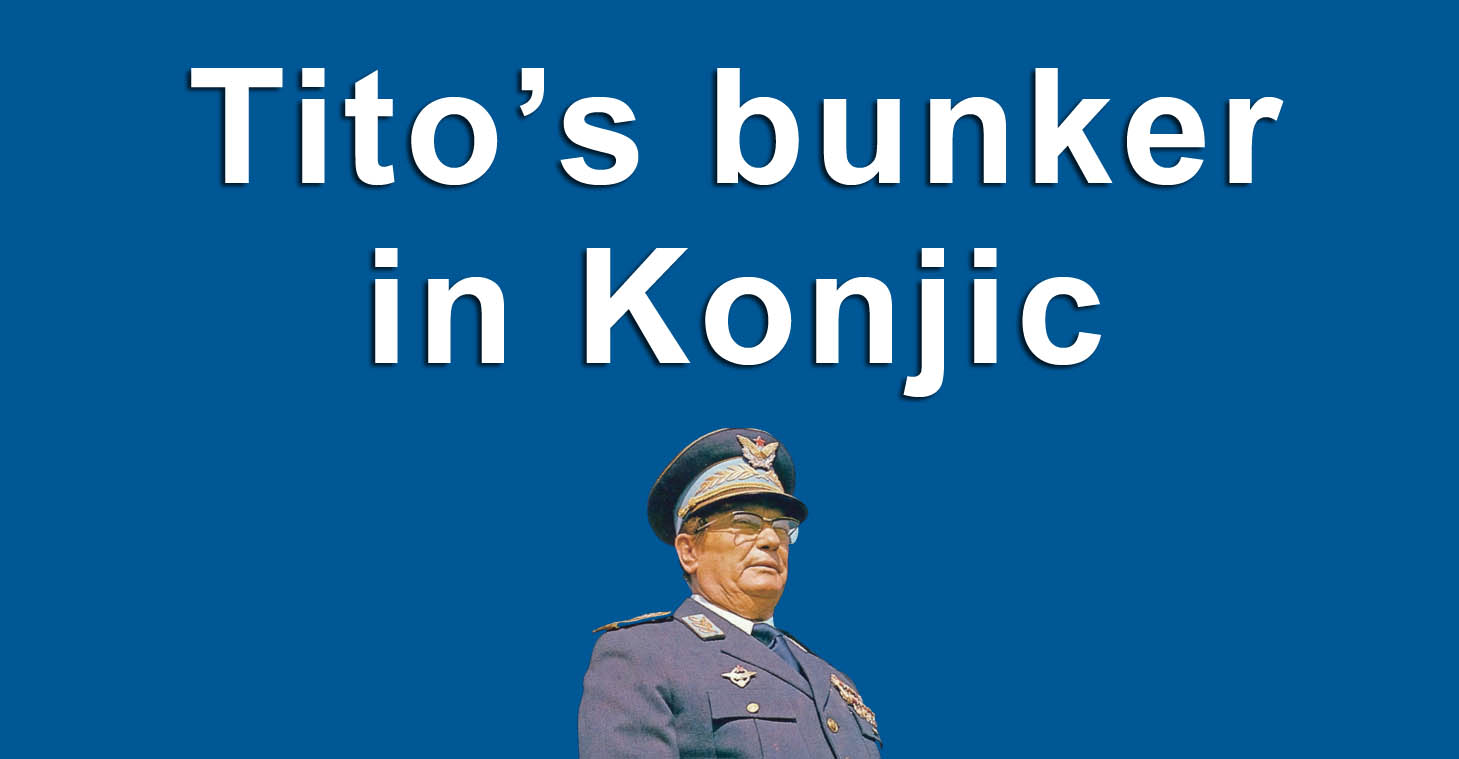 Tito’s bunker, located in immediate vicinity of the Hercegovina’s town Konjic, had been built in secrecy between 1953. and 1979. The inhabitants of Konjic never dreamed that someones are building a huge underground bunker in their surroundings, which was built as a shelter for Atomic war. Yugoslav President Josip Broz Tito also been there with his 360 closest associates.

The bunker was expected to withstand 25 kiloton nuclear explosion. This is an eightfold more powerful explosion than one in 1945. over Hiroshima.

The construction of the bunker was expected to cost a dizzying $ 4.6 billlion. Including cost of account inflation, the real cost of construction was at least $ 20 billion. Probably you’ll say this was completely unnecessary waste of money and it would be bettter to build roads, schools, universities, hospitals for that ammount of Money… on the other hand, there was high possibility that Soviet Union would invade Yugoslavia at the time, just like Czechoslovakia. Certainly, it would not be nice to live under the Soviets.

Tito’s bunker is located deep in mountain Zlatar, about 280 meters below the ground. It’s spread over 6500 square meters and could house 360 people for at least half a year.

When the civil war began in Bosnia and Herzegovina in 1992, Tito’s bunker found itself in an area controled by the Muslim army or the army of BiH. The Yugoslav National army, which was in the bunker at the time, was forced to leave it. Because they didn’t want bunker to come in enemies hands, they mined it, but it was rescued by Colonel Sheriff Gabovica, who cut the wires of detonation. Sheriff Gabovica was working in Tito’s bunker for 13 years. He didn’t even told his wife where he worked.

Tito’s bunker is open into public in the year of 2011. Since then, the number of visits has been increasing every year! The most numerous visitors are Slovenians, who make more than a half of them.

I’ve visited Tito’s bunker twice before. The last time was week ago when I took my coworkers too trip in Bosnia and Herzegovina.

As I mentioned, Tito’s bunker is located near the town of Konjic. The city of Konjic is located about half way between Sarajevo and Mostar. The Neretva river flows through the town, which flows into Jablanica lake immediately after the end of the town.

Konjic is a beautiful and pleasant town that isn’t interesting only for travelers and tourists because of Tito’s bunker, but also because of other touristic attractions! One of them is rafting through the Neretva river. I intend to go to raft myself, in August. I’ll report impressions.

Just over 20 kilometers from Konjic is beautiful Boracko lake. I’ve visited it many times before and I can tell you on firsthand that it is worth of seeing!

There are also very nice mountains around Konjic, and it’s a true paradise for mountaineers and hikers.

If you have time, stop in Konjic for day or two.

If you plan to visit Tito’s bunker, it’s a good idea to book your arrival through one of the local Konjic’s travel agencies. Ticket price is 10 euros. Myself, I recommend the agency I visited twice with Tito’s bunker. You can contact them directly via the form below.

The agency will tell you when guide tours are available. You’ll needdd to report to them at least 20 minutes earlier in order to arrange papers, so touristic guide can take you to the bunker. If you go there with your own transportation, you can go to the bunker wiith your car. If you do not have your personal transportation, the agency will take you to the bunker. The agency also owns a restaurant with good food and nice terrace. The terrace is located above the Bjela river, which flows a few meters into the Neretva river.

We visited Tito’s bunker on Sunday at 12:00, which happened to be the worst possible time! It was so crowdy. If you have the opportunity, I recommend another appointment for tour.

Immediately after entering this bunker, one feels that the object is huge and imposing, and that you’ll see many interesting things in there.

Tour through bunker was at a very high level. Our guide explained everything very nicely, and knew all the answers to asked questiones. The only bad thing was that maybe we were too big group and it all went a little too fast for me. Certainly not a case if you visit Tito’s bunker at some other timming. It is also possible that time distress was only felt by me, because I had a lot of work to do, taking pictures and recording.

You can see what guide told us , in video below.

It’s different when you just watch video, seeng it all live is completely amazing experience which you can not feel if you just watch a video. So I definitely recommend you to come here and see!

The only thing I didn’t like about Tito’s bunker is that some of the spaces were completely destroyed by the artists. To destroy a 30 or even 50 year old inventory and stuck it on one side is not an art but vandalism in my opinion. You can see one example of such an art in the image below. You can make your judgement whether is it art or destruction of objects of historical value and significance. 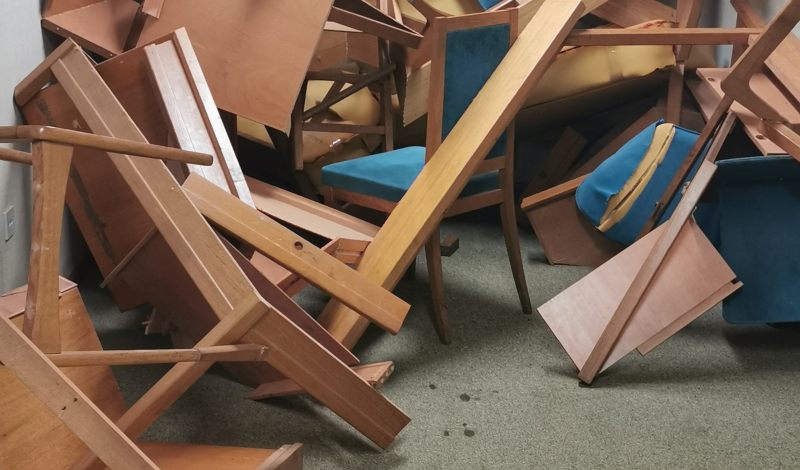 If you have any questions regarding this Tito’s bunker, please ask me in a comment on this post and I’ll be glad to answer it.

Just 62 kilometers from the Konjic city is a beautiful Rama lake. I’m sure you wont regret to visit it. You can read more about it at https://www.tomazgorec.com/rama-lake, where you can also watch a wonderful video!